The Visual FX Mastery and Character Rendering of Greg Strasz

The sky cracked open, spilling light against the dusted air and silvery layers of the ancient creature's luminous membrane. That may describe the image above, but even more it describes the revelation you're about to receive into how some of the coolest visual effects are created in film and the process behind it all. Greg Strasz works in film. I would go as far as to say that he is film, or rather the process behind it, capturing the depths of moving making from initial project research and previz to modeling, texturing and our favorite, 3D rendering. We caught up with Greg to get a better glimpse of his 3D renderings and find out more about how he uses KeyShot. 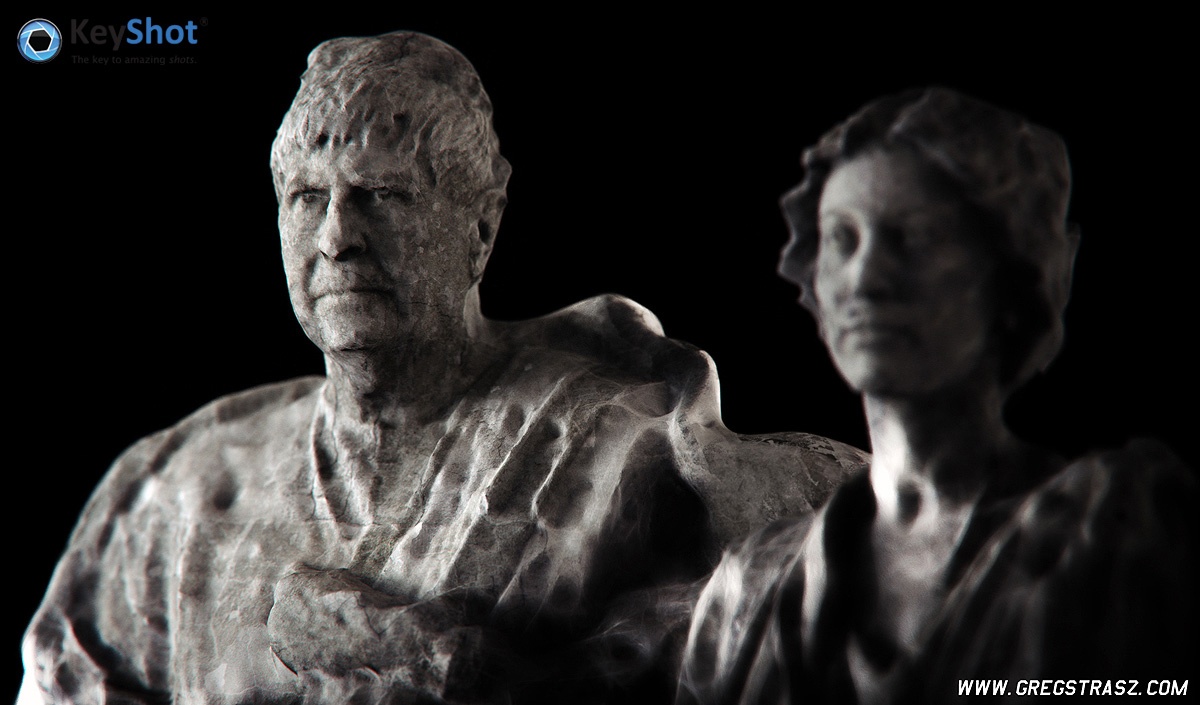 For the last few years I've been keeping an eye on all the real time rendering solutions but after testing Keyshot everything changed for me. From the beginning of a project, in early pre-production, I cooperate closely with the director, the VFX supervisor and the director of photography to establish the visual feel and the specific aesthetic needs of the project. Keeping an eye on small details, which give great value to a project, I art direct and supervise the creative part of the vfx shots throughout the full production process. My name is Greg Strasz and I've worked on movies such as Red Baron, 2012 and Anonymous.

From Concept to Look Development

When I opened the Keyshot demo for the first time, I realized that I had a very powerful tool with a huge potential in my hands. After a few days I was very impressed by how quickly I could produce concepts and pre production renderings. I decided to contact Thomas Teger from Luxion and asked him If I could join the alpha and beta team to explore the potential of this great product further.

In the production environment, while establishing the visual feel, KeyShot became for me an indispensable tool for concept, shot and look development. If a 3D asset requires relighting or material changes I can just drop it in Keyshot and show it to the vfx supervisor or directly to the director. They are immediately able to see updates and give me feedback. With this step I have a good base to develop the shot without having to wait for the non-real time renders. This is a unique step in the production to save time and money. All these changes are easily transferrable into the CG and compositing pipelines. 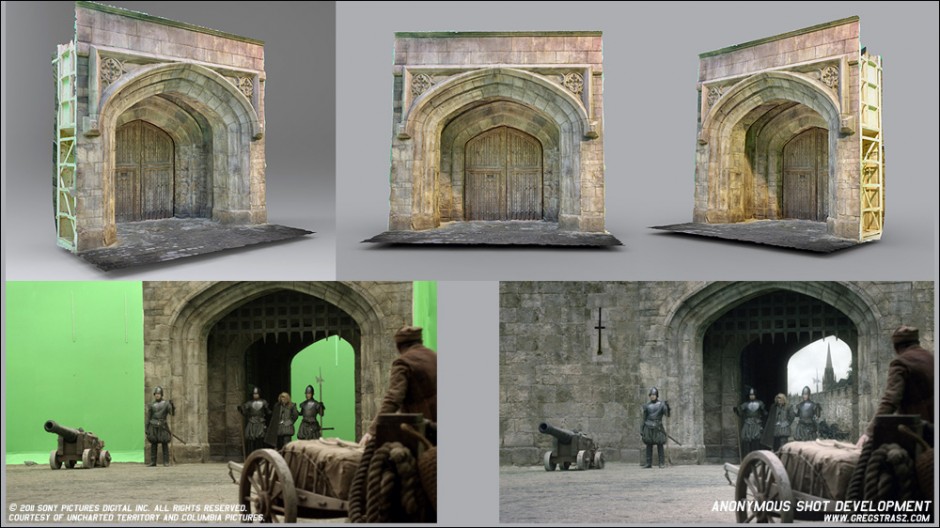 I also used Keyshot to test 3D scans. While the 3D department was cleaning up the scan data and starting to rebuild the geometry at the same time I was using Keyshot to have a quick preview on which I could already develop the basic lighting to show the possible look. Often this first render from the scan data ends up as the starting point of my look development work. 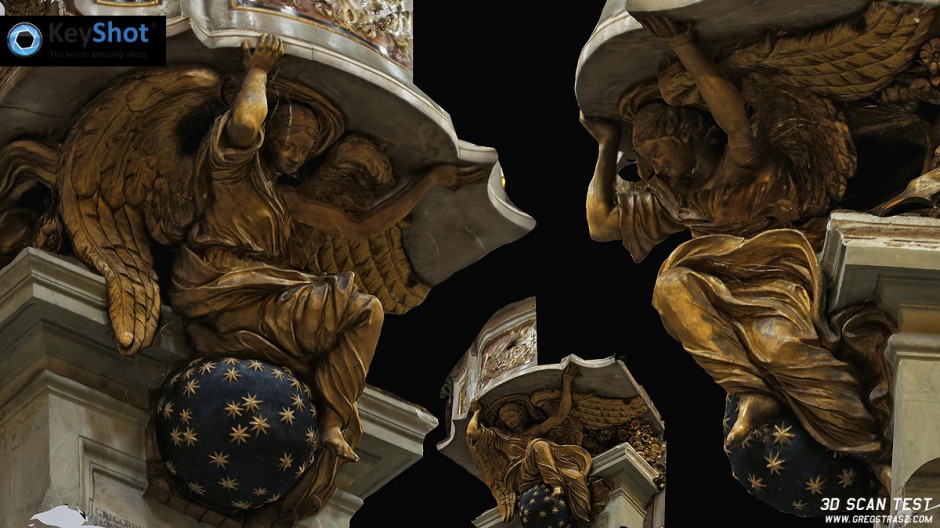 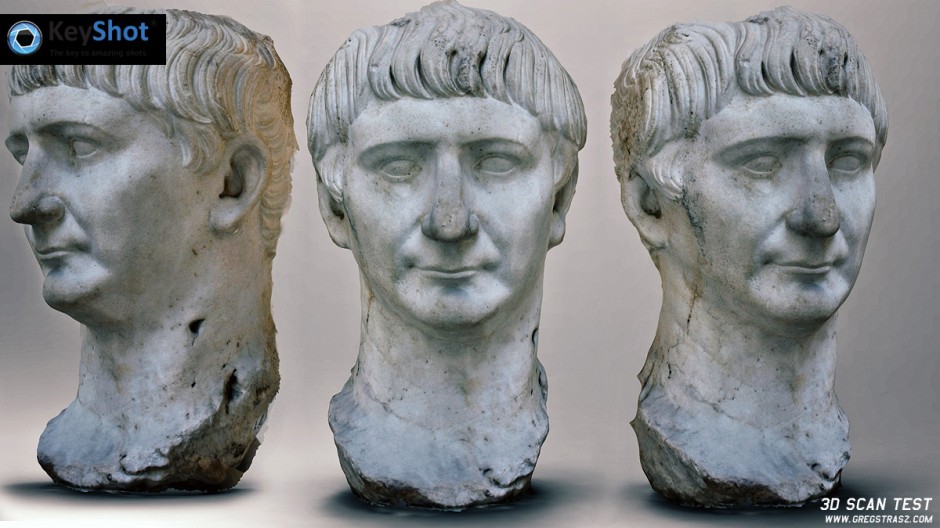 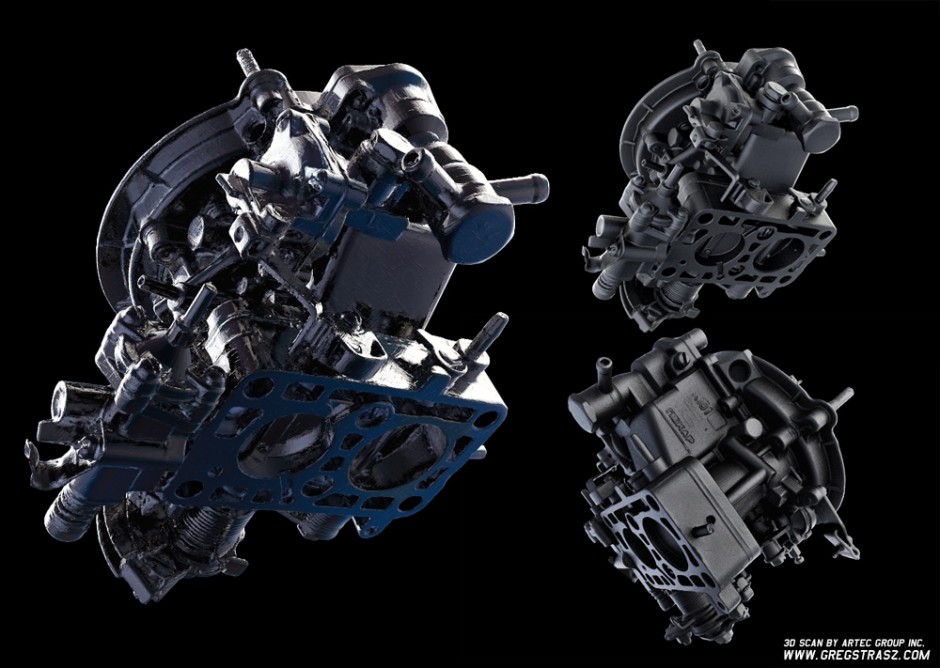 On a project like 2012 with 1315 VFX shots (half the length of the movie) you get many different teams or even post production company's shooting HDRI environment maps. To test HDRI files taken on set I integrate project assets and open them in Keyshot. To do a technical check for the 32-bits/channel HDR images you will end up using a paint tool or compositing software, but Keyshot allows me to get immediately a visual feedback. 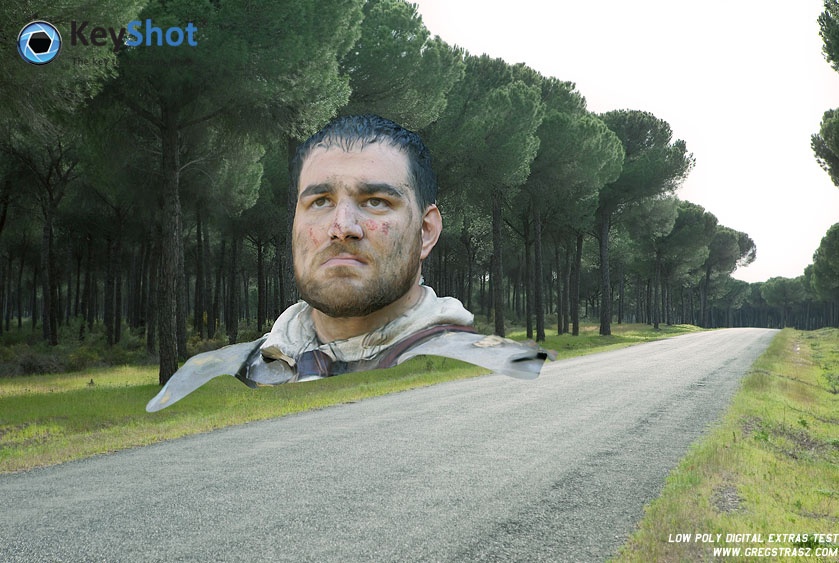 Realistic character rendering is a challenge for every artist, and if it comes to real-time subsurface scattering then everything gets more complicated. Not in KeyShot! You will be able to visualize your work in real-time and to bring it to a higher level without waiting long for the renders. This is not only productive but also allows you to experiment more. Different lighting conditions and a wide range of materials can be tested very easily and, of course, in a very short time. Changing the camera, moving it around, is just a matter of a click. My wish for Keyshot subsurface scattering material is epidermal (top-most layer of the skin), subdermal (level underneath the skin), specular, glossy and displacement maps. Let's see how Luxion will surprise us with that in the future. Keyshot will not completely replace non-real time rendering, but can bring an incredible value into your production. 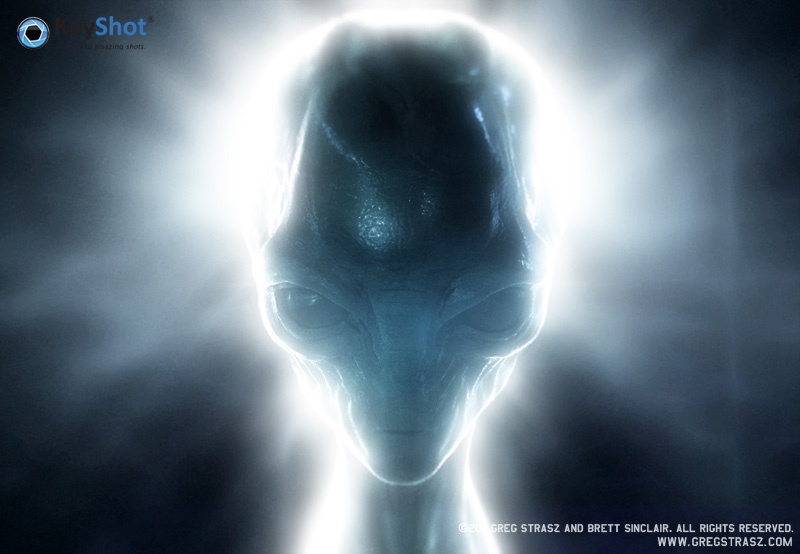 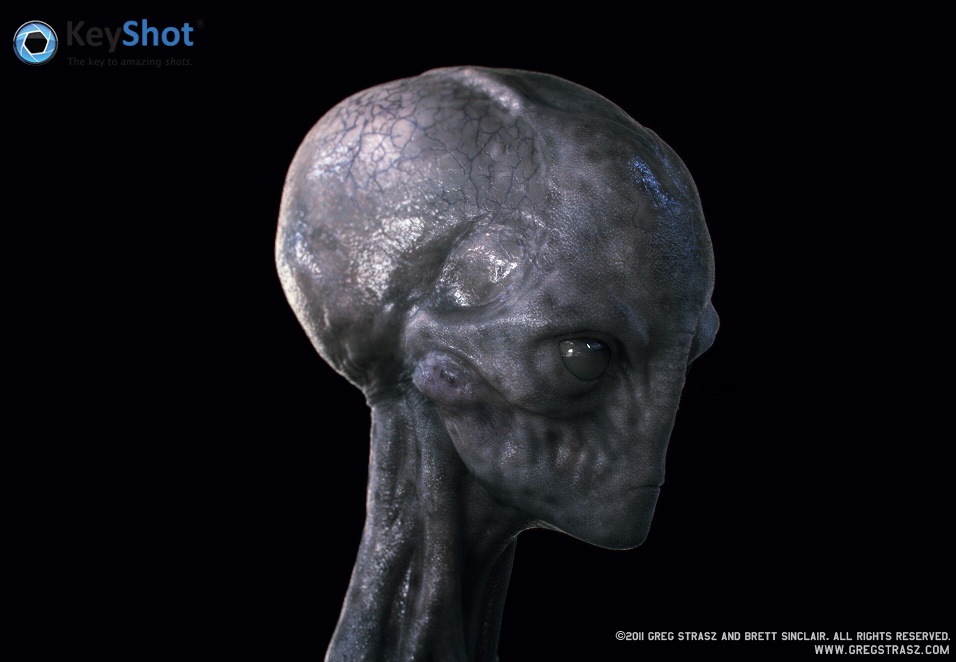 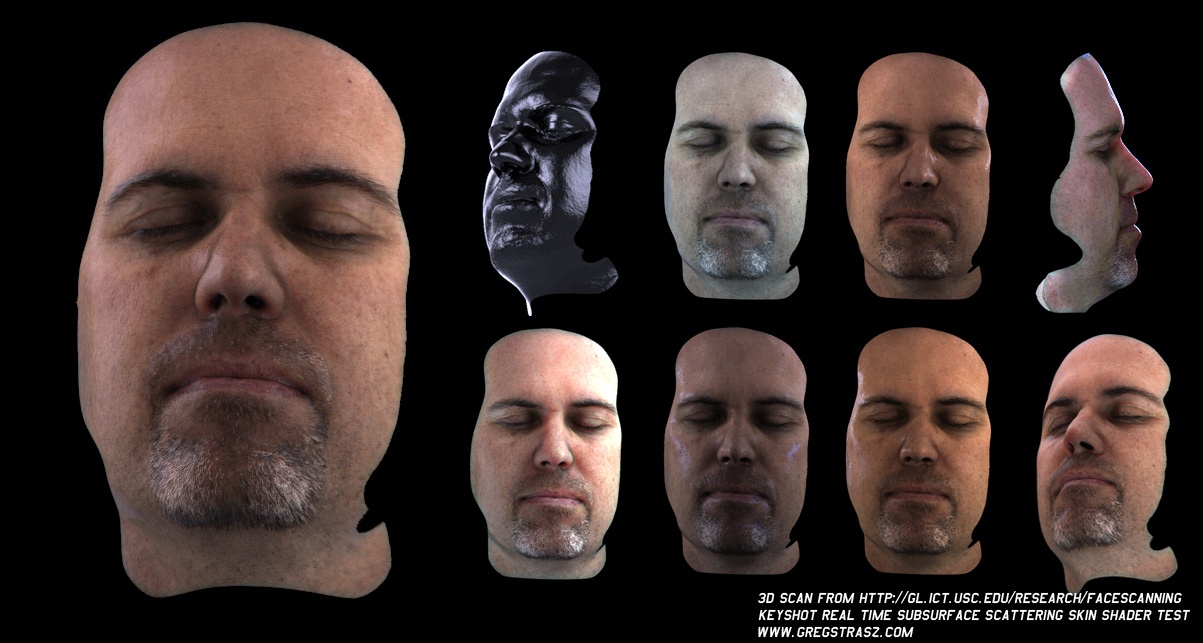 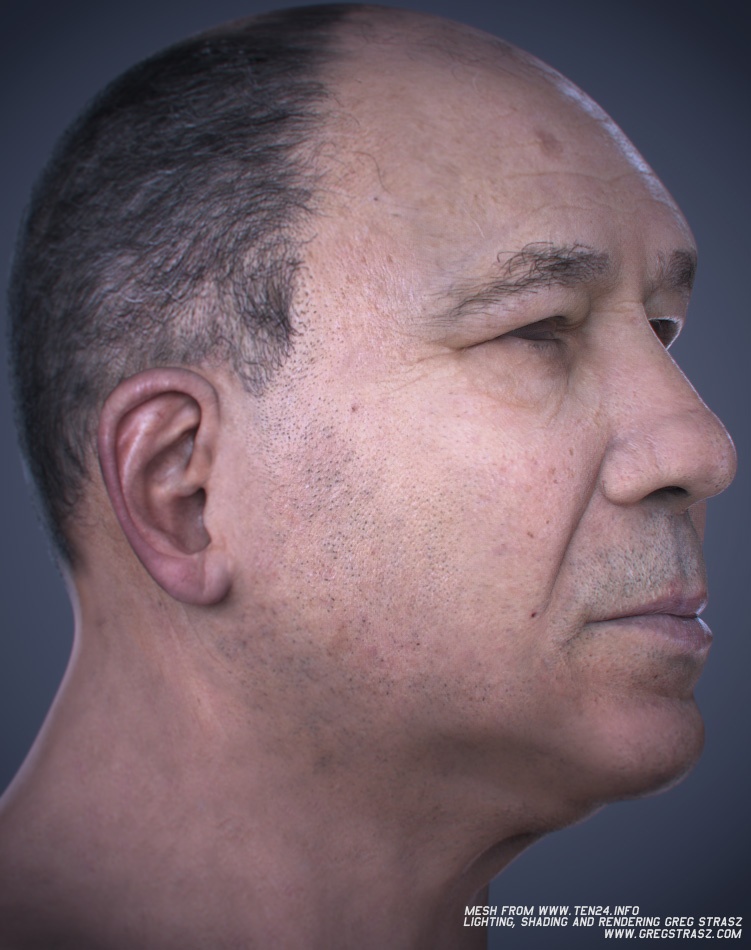 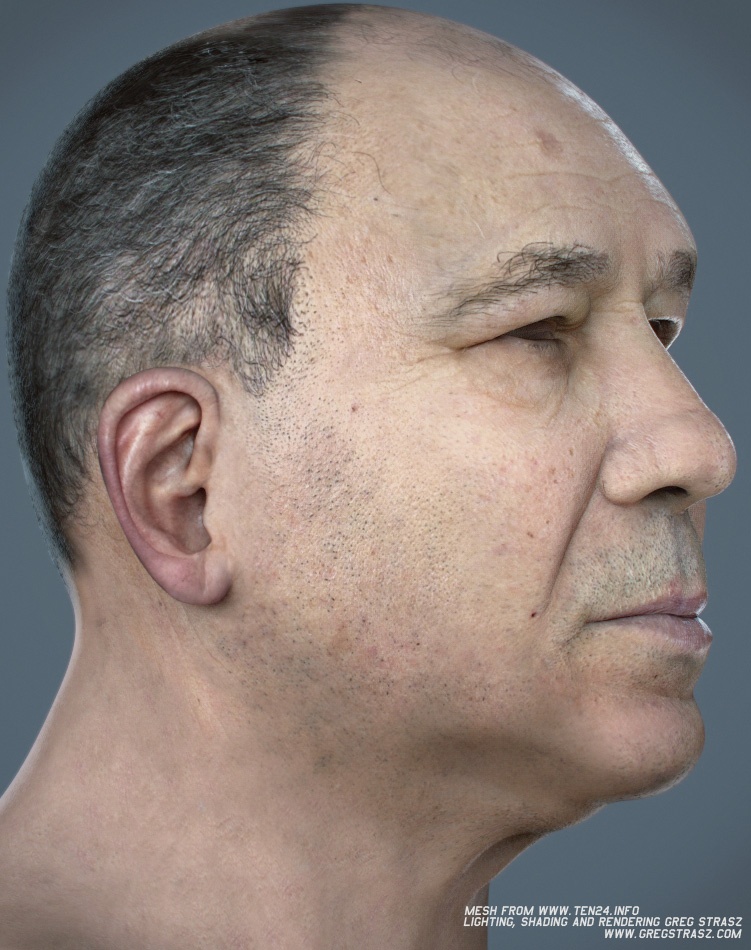