It hasn't been that long since KeyShot 3 came out, but that's not stopping us from releasing new features and more options for your 3D rendering and animation pleasure. Today, we're announcing KeyShot 3.1 and as you'll see, we've got a whole lot of awesome coming your way.

Keyshot 3.1 marks the first major update of the release that introduced a patent-pending animation system, a revamped user interface and over 600+ new materials. There are an amazing amount of new features in this release that brings designers, engineers and 3D professionals faster and easier ways to create stunning 3D images than ever before.

Improved Metallic Paint with real flakes
With KeyShot 3.1 we bring a next generation of metallic paint material that contains visible metallic flakes whose distribution and size can be controlled. This is a unique one-of-a-kind material that creates the most accurate representation of car paint in the industry. This is included with KeyShot 3.1 and as with all materials included with KeyShot, doesn't require any special configuration. Simply drag, drop and adjust color to your liking.

Interactive HDR image editing
KeyShot 3.1 Pro introduces the ability to edit any applied lighting environment in real-time within the KeyShot interface. This allows you more control over the lighting of your scene from brightness and color to location of lights. Functionality includes:

Material templates
KeyShot now recognizes materials that have been set in other 3D software. This new feature automatically assigns materials to the models on import according to the colors and materials assigned in the originating 3D software, drastically decreasing the time it takes to set-up renderings and animations. Key features include:

Animation improvements
The all new, patent-pending animation system that was introduced in KeyShot 3 will also be greatly enhanced. Key improvements include:

Certification of KeyShot with 3DConnexion devices
We are proud to announce that KeyShot 3.1 will be officially certified to work with all of 3DConnexion’s devices.

Network Rendering
In addition, we are now offering the ability to speed rendering times with a unique, simple to use, easy to administer Network Rendering Tool. Network rendering is a new, optional add-on for KeyShot 3 Pro that allows 3D professionals to queue their rendering and animations spreading out tasks across multiple computers. Key features include:

Availability
KeyShot 3.1 will be available later this quarter. 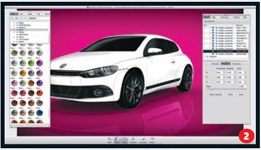 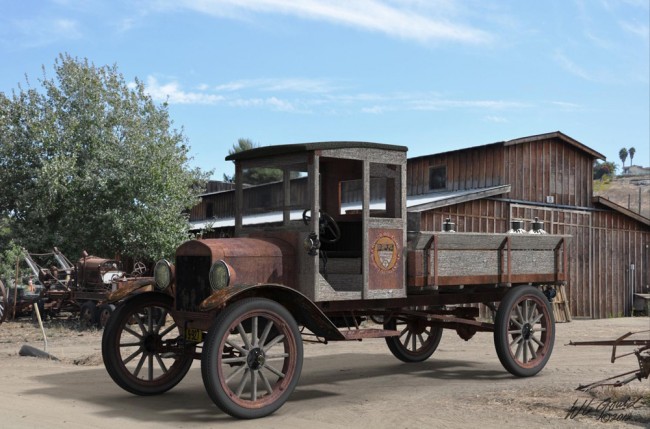 The 1923 TT Work Truck (and the Fabulous KeyShot Community)