How to Use Solo Mode in KeyShot

KeyShot allows you to easily hide and show parts or groups of parts. When you right-click in the...

Sprout Studios has announced their latest business venture building on their expertise in...

With KeyShot 10, we introduce a new Light Manager to control all your scene lighting from one... 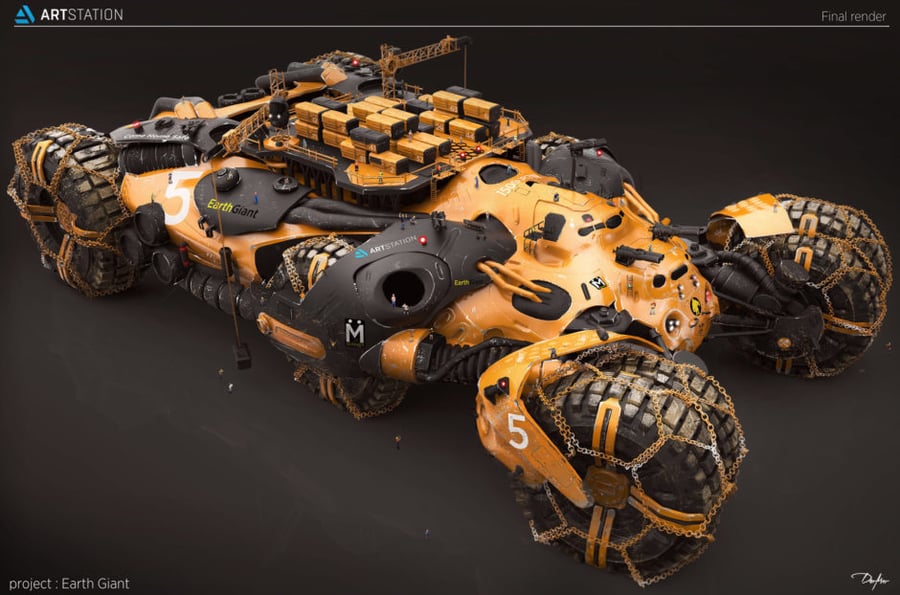 When Darko Markovic first posted his idea for a future concept vehicle, we knew it was going to be epic. The theme of Artstation's 'The Journey' challenge was to 'capture a stage of the journey' and to 'convince the viewer to care about the story'. Darko knew scale was going to be central to his concept and through it, he not only convince people (and the judges) to care, but to be in complete awe of a vehicle that seemed to capture what was necessary to explore massive worlds.

"Immediately, when I read the title of the competition, I knew I wanted to make something really BIG. Why? Because when you look at things that are epic, they are either very well crafted or very big ( sometimes both) - huge ships,  monster trucks all make us say 'That is EPIC.'"

He called it Earth Giant.

"While working on Earth Giant, I really tried to push the surfacing to the max, curve them, make them sexy - but it had to look massive. It was very challenging to make sure such a large object didn't look flat."

Throughout the competition, he discussed the design, incorporated feedback, and showed the steps that went into creating the vehicle. The vehicle is enormous, with humans looking small as ants--specs on its surface, its loading dock and next to its six massive chain-wrapped wheels. In the end, his final entry didn't disappoint. For the modeling, he used ZBrush, and KeyShot for the rendering.

"I did a lot of tests in KeyShot to ensure the quality of the overall proportions and surfaces. Along with that, KeyShot was used to achieve fast, realistic images which helped a lot by cutting the render time."

A big congratulation to Darko on the win and taking us on a journey we may have otherwise never experienced. The breakdown with early concepts of the Earth Giant can be seen here. You can see more of Darko's work and follow him on his Artstation portfolio. 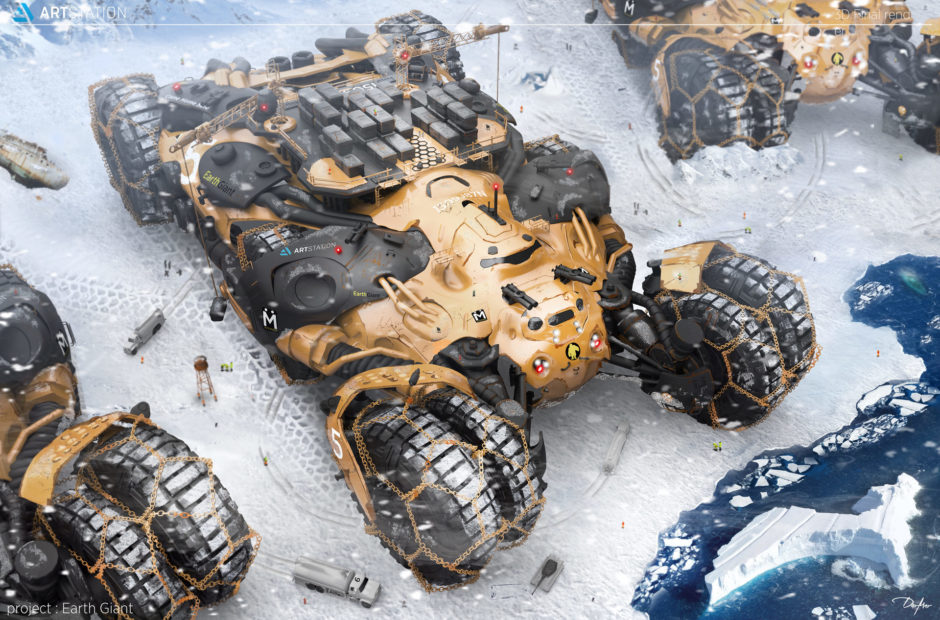