How to Use the KeyShot Benchmark Tool 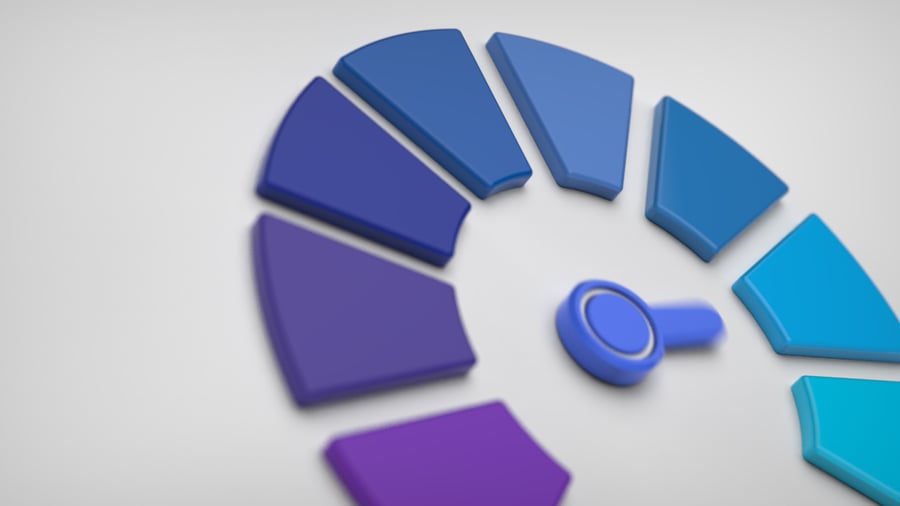 This week, we released KeyShot 9.3 and with it updates to KeyShot Viewer and the new KeyShot Benchmark tool. KeyShot Viewer is a free, stand-alone application for sharing KeyShot scenes for others to view and interact with your visuals and the KeyShot Benchmark is a simple, yet powerful tool to test your CPU and/or GPU and evaluate their performance.

Before you start you'll need KeyShot Viewer. You can download the free KeyShot Viewer and use it to run benchmarks across different computers and share your KeyShot scenes with others.

After a quick install, you can open KeyShot Viewer and see options to open a KeyShot scene, open a recent or demo scene, take a tour, or run the benchmark. When you select Benchmark the first time, it will download the sample benchmark scene.  Once that's all set, the Benchmark tool dialog will open. 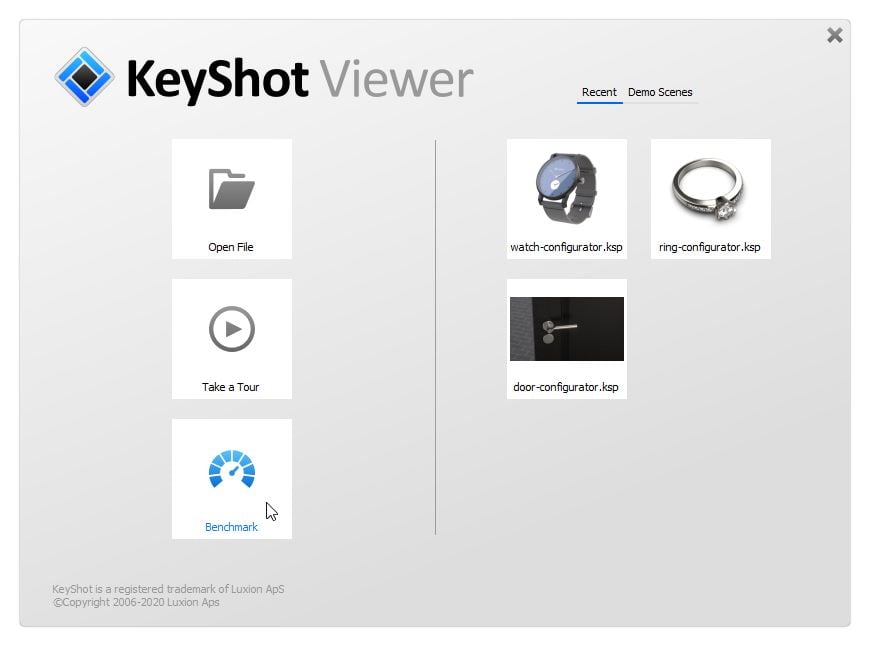 To get accurate results, it’s important to close all other applications before running the test. Also, if you’re running tests across multiple machines, be sure to use the same version of KeyShot Viewer on each. If you have a system with a supported GPU, when you click Benchmark, you will see options to test CPU, GPU, or both. If your system doesn't have a supported GPU, when you click Benchmark, it will run a benchmark for the CPU. When the benchmark starts, a window showing the benchmark's progress will appear.

Once that’s finished, the results will appear next to the chosen test. And now that you have these, you may be wondering...

What Do KeyShot Benchmark Results Mean?

The GPU benchmark follows the same CPU baseline, based on that same machine. Typically, you’ll get much higher numbers with a GPU test. For reference, you can check out this document from NVIDIA (PDF). For example, you can see a big difference between the power of having two Quadro RTX 6000 cards, versus the CPU baseline of 1.0.

What Can You Create?

We would love to see what you create with this tip. Visit the KeyShot Amazing Shots community forum to see what others are creating and share your own work. And if you have a suggestion for another tip share it in the comments below.