We’re thrilled to share with you the incredibly creative winning entries of the YDxKeyShot Material...

How to Create Quick Custom Lighting with the KeyShot HDRI Editor

The KeyShot HDRI editor is a great tool for when you want to create real-world lighting but you’re...

How to Automate Your Rendering Using KeyShot Scripting 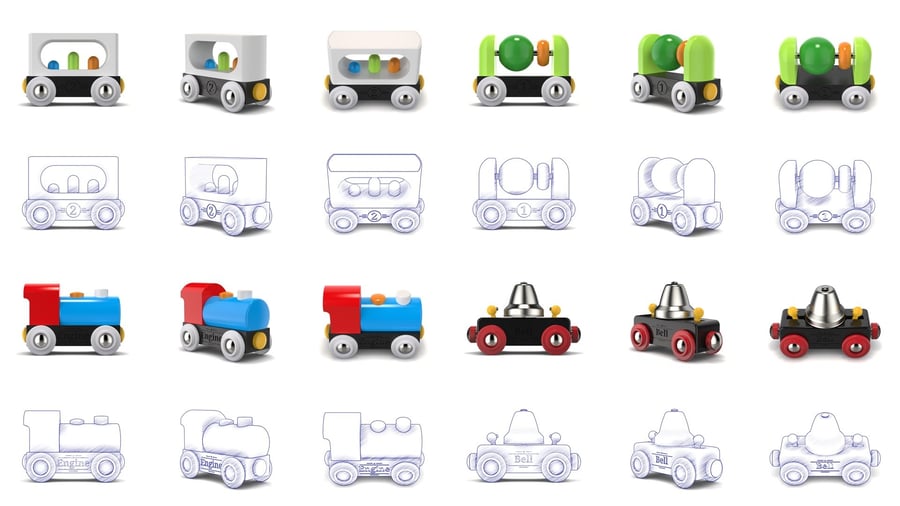 KeyShot Scripting allows you to automate repetitive task and build other customizations for KeyShot. KeyShot uses Python scripting, introduced with KeyShot 6.0, to provide you with more automation and reduce time-consuming processes. Automating tasks through scripts is also a great way to eliminate human error that often occurs when trying to produce consistent results.

Though KeyShot Scripting can be used in a variety of ways, today we’ll show you how it can be used to import a model, apply materials, queue several camera views and render them all out in a location of your choice. Through this, we'll show that, with a few button clicks, you can set up a process and walk away from your computer as it renders out hundreds or even thousands of material and camera combinations.

Setting Up the Scene

Our scene is a toy train - four toy trains, as a matter of fact. We want to automate the import, material application and rendering of each. This can all be done with a single script in KeyShot. Our KeyShot scene includes three parts:

We'll render each model, using each material set, at each camera angle, for a total of 24 renderings, and we'll use a custom script to automate the entire process.

There are four items needed for this script to automate the rendering of our models. Each item is included in the following download.

Overview of the Process Script

Once we have the four items above, the following steps make up the entire process. We'll follow the same five steps for any models we want to run through the same type of operation.

When you load the script, KeyShot will display the dialog to specify the settings for the script, then goes to work when you run it. The models will load, materials will be applied, cameras will be activated and job queued for each model we have. If we diagramed the script operation, it would look like this: 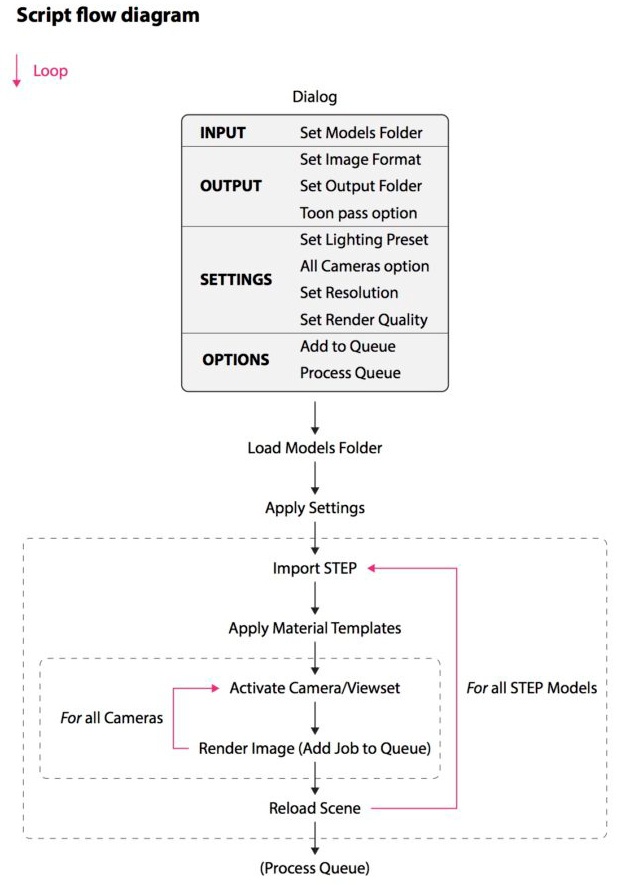 Now, you can go eat, take your dog for a walk, do the laundry, or watch a movie… while your computer does all the work! Nice, huh?

Creating Your Own Scripts

This tutorial is simply one example of what can be achieved using KeyShot’s powerful Scripting capabilities. For further reading on scripting, consult our quick start guide, or visit the KeyShot Forum Scripting board.

Notepad++ is a great, free text editor for Windows Users.
The Notepad++ Compare plugin is useful for comparing scripts side-by-side