Where concept car designs and car design competitions are a dime-a-dozen, Lovaro is bringing a different design approach and fresh visuals that extend their pallet beyond consumer products and present a classic, best-selling car with an expressive, contemporary appeal. Founded in 2011 by Allen Zadeh and Robert Foote, Lovaro is an award-winning, interdisciplinary Design and Branding group located in Dumbo, Brooklyn. Renault collected over 3,000 entries for the Renault 4 EVER redesign competition, with Lovaro finishing among the three winners. KeyShot was used in the process and final submissions that brought them there.

Fresh Visuals for the Renault 4

Looking back on the history of the Renault 4, there's plenty of inspiration to be had. 50 years later with over 8 million units sold, Renault wanted to recapture the spirit of the versatile vehicle. With a focus on brand and experience, Lovaro delivered the Eleve, a design that is rich in its simplicity and beauty. On the visuals of the Eleve, Brett Dusing writes:

An understated approach is seen in even the small considerations for the Eleve, right down to its finish: It doesn’t have one.

“In auto design, people automatically reach for super glossy finishes. We don’t really believe that should be a given,” says Zadeh. Lovaro proposed new composite plastics for the exterior panels. “What’s interesting is that these materials look beautiful in their raw form. They don’t necessarily need to be painted.”

Lovaro was careful to tone down the veneer in the presentation of the design as well. The submission illustrations were rendered in KeyShot, a CGI application that gives computer design models the professional cosmetics of car ad photography. In this case, Zadeh kept its KeyShot output intentionally low key.

“Given this was a European audience, we didn’t want too much sheen on the renderings,” he explains. “We used reflectivity instead as more of an accent on the smaller features.”

Unlike typical car ad depictions, sensually lit body surfacing is not the center of attention in the Eleve renderings. Rather, ancillary features jump out. A faint blue emissive material inside the LED headlamps gives the car a clever blue-eyed gleam. Likewise, selected spotlights on a few crafted details bring out the car’s playful character. The viewer becomes drawn toward the interior features and starts to relate to the Eleve from within a more intimate space.

More details on The Renault 4 Eleve can be seen on the Lovaro website with details on the inspiration and competition. 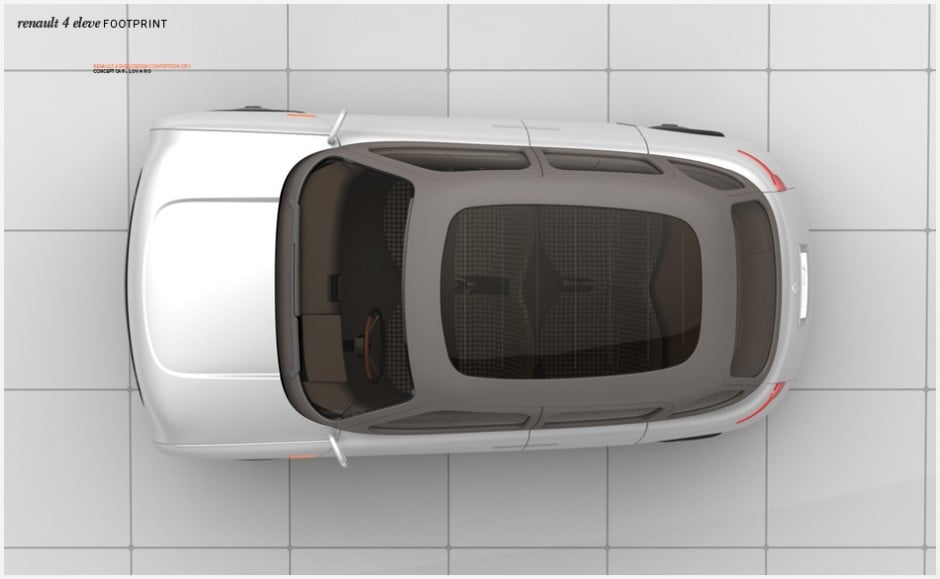 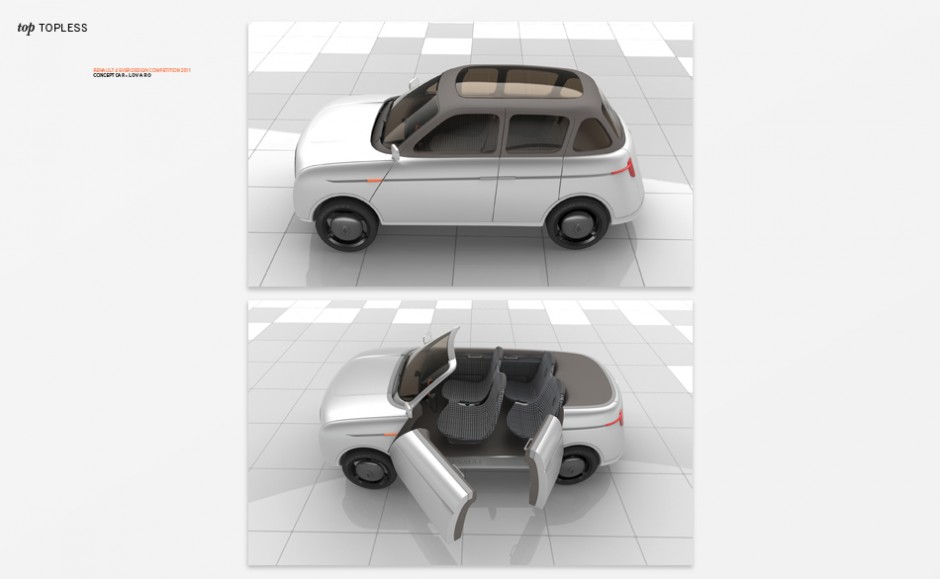 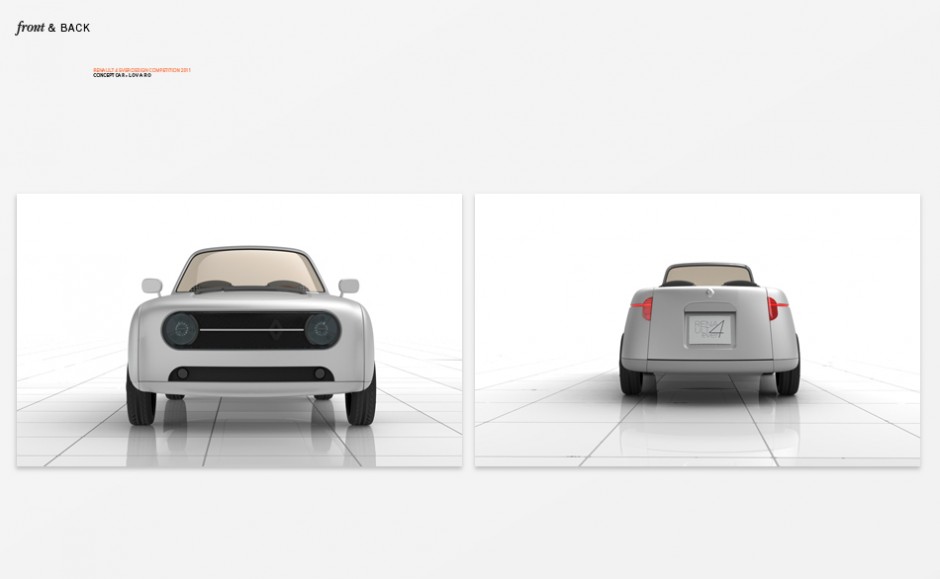 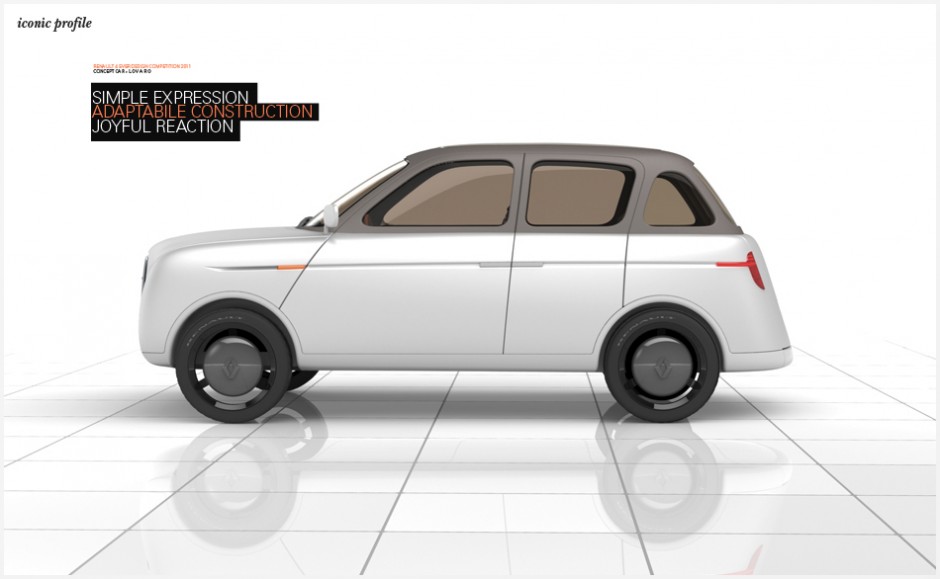 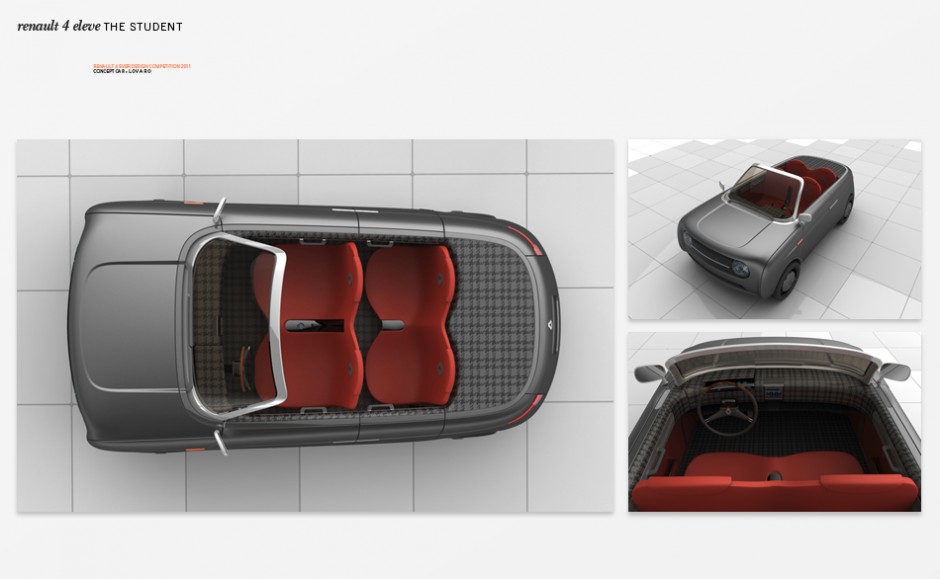 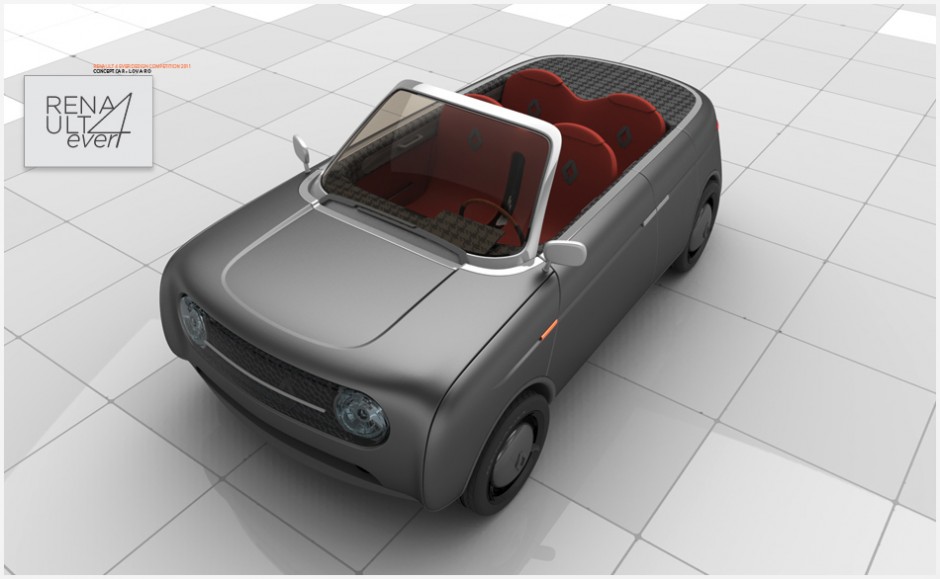 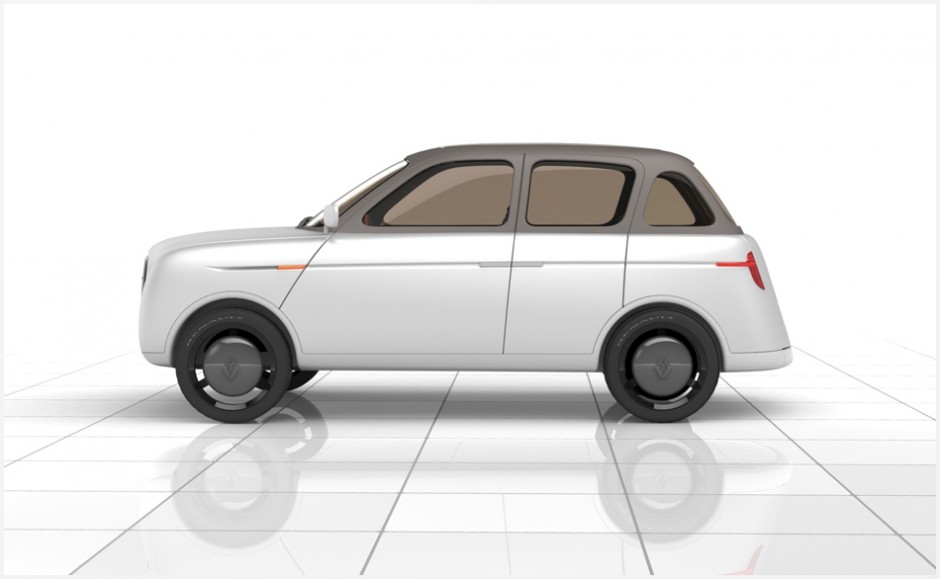 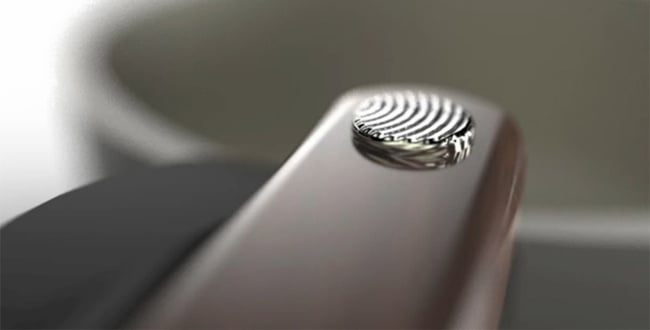