The Most Powerful 3D Rendering Solution to Elevate Your Visuals

When you break it all down, there's a simple combination that delivers the ultimate capability to produce photorealistic visuals. I bet you have a pretty good idea about what that combination is. It’s one that doesn’t stifle your creativity but opens up more possibilities to explore your ideas. It’s a combination founded in years of development that brings together groundbreaking design, advanced graphics technology, and real-time visualization.

"With the capabilities in the combination of KeyShot on Lenovo workstations powered by NVIDIA graphics, you have access to the most powerful 3D rendering solution to elevate your visuals."

With the capabilities in the combination of KeyShot on Lenovo workstations powered by NVIDIA graphics, you have access to the most powerful 3D rendering solution to elevate your visuals. It’s the premier solution to maximize your advantage when you need it most - to win the project, to meet the impossible deadline, or pivot your visual direction with unparalleled speed.

What makes this particular combination so exceptional? Some may tell you it’s the immense power in a light, mobile package. Others may say it’s the real-time speed or results. And still others may tell you, it’s the reaction they receive from clients and customers. Truth is, it’s all three - and much more. Whether it’s generating 3D visuals with KeyShot or experiencing immersive scenes with KeyVR, it’s this combination that provides power and performance when you need it most. Let’s take a closer look at each.

The Lenovo ThinkStation P620 and ThinkPad P15 mobile workstation is the standard in configurable workstation performance. Simply put, they’re designed to deliver the smooth, responsive experience you need to create high-end visuals, in the office or on the go.

The ThinkStation P620 provides the ultimate desktop solution for KeyShot rendering allowing up to 2x of newly announced NVIDIA  RTX™ A6000 graphics cards. It’s the first workstation of its kind offering AMD Ryzen™ Threadripper™ PRO Processor workstation (up to 64 Cores) and Gen 4 support for PCIe slots and M.2 storage.

The ThinkPad P15 is the ultimate mobile solution for KeyShot rendering allowing up to a single, powerful NVIDIA Quadro RTX™ 5000 GPU. And, with the P15’s new Ultra Performance Mode, you control the power and performance for the highest level customization and configuration in application resource usage. 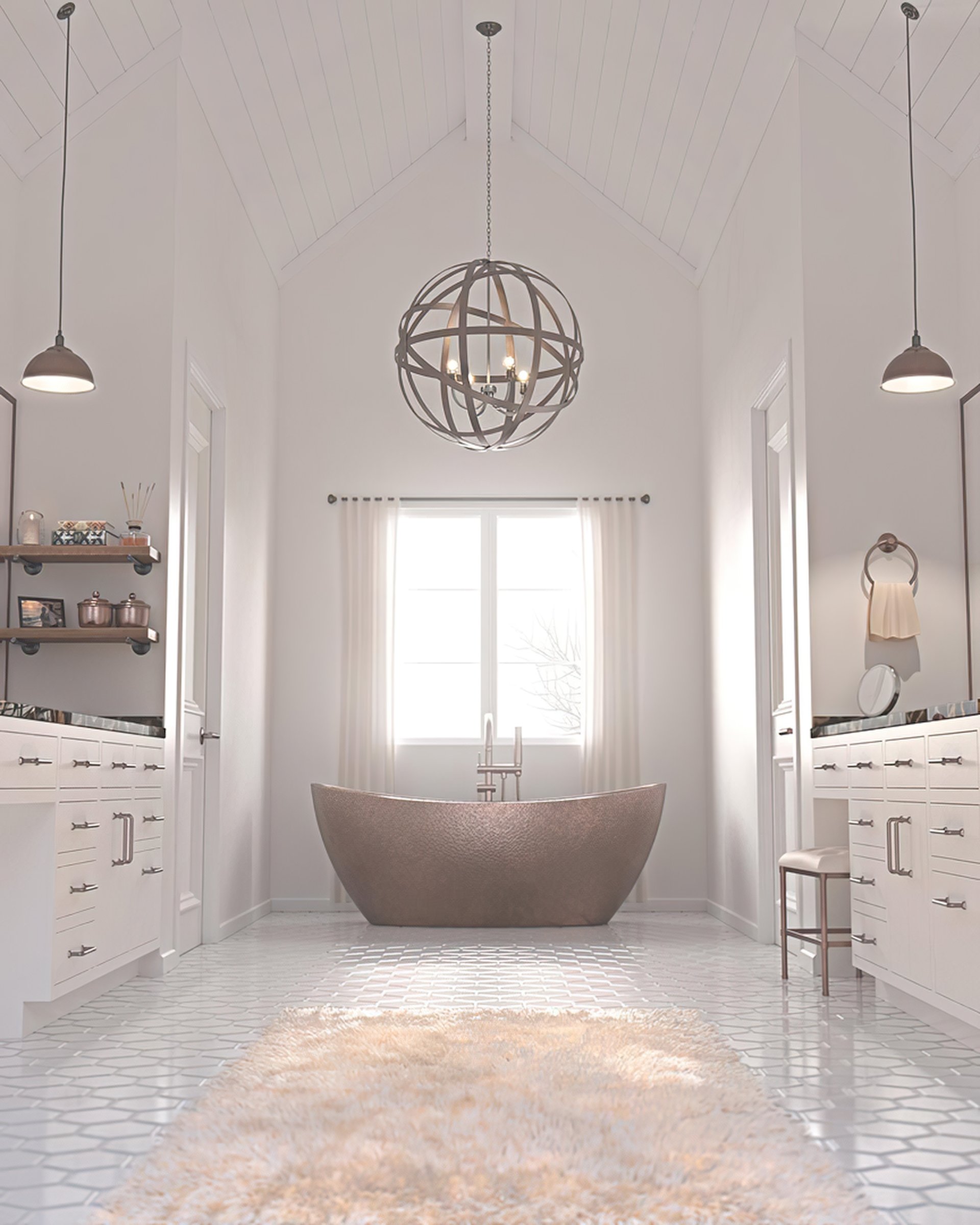 Elegant visuals created in the office or on the go with Lenovo workstations. Image: Jon Welch

Workstations like the Lenovo ThinkPad P15 combined with NVIDIA RTX accelerate the creation of stunning visuals and loosen your constraints on creativity. On a very foundational level, a powerful GPU is required to deliver the performance you expect for real-time ray tracing, artificial intelligence, and advanced graphics capabilities.

NVIDIA RTX GPUs bring all of this to the table with ultra-fast on-board graphics memory and optimized software drivers for professional applications. The hardware accelerated ray tracing brings real-time photorealistic rendering and AI de-noising to your workflows while at the same time providing memory capacity, bandwidth, and GPU utilization optimized for real-time 8K visual creation.

It all adds up to a solution that allows you or your team to get to market quicker and hit product launch deadlines, all by leveraging the real-time ray tracing capabilities of NVIDIA RTX to ensure the highest image quality and the fastest render times for KeyShot visuals. 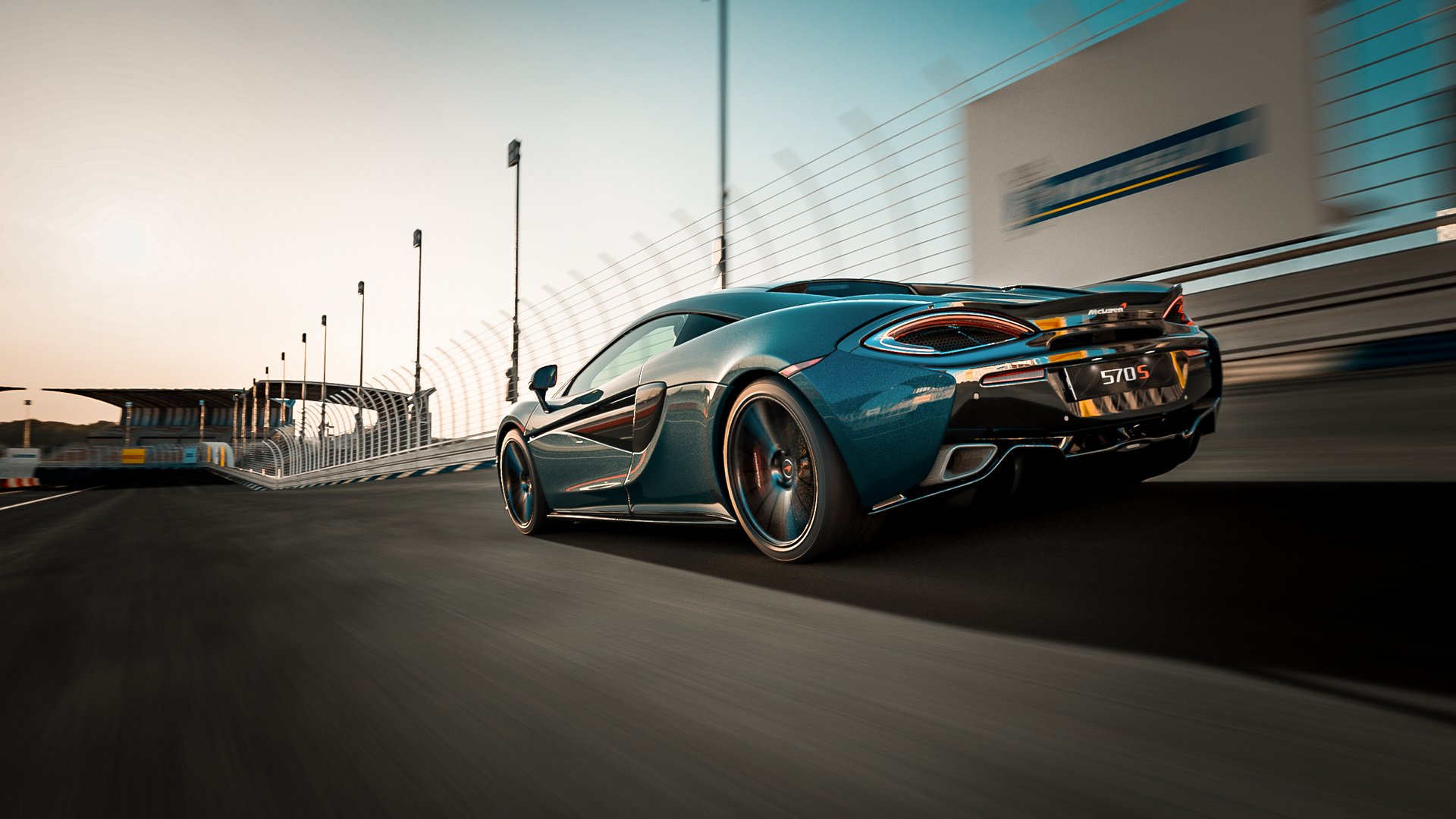 Bring it All Together with KeyShot

Add KeyShot, and you have unlimited creative potential. KeyShot on Lenovo Workstations powered by NVIDIA RTX GPUs are the most powerful 3D rendering solution on the market. But it doesn’t stop there. With powerful computers and powerful hardware, Luxion constantly expands the boundaries of what designers create and communicate in 3D.

As the leading rendering solution for 3D professionals across industries, KeyShot allows you to maximize your hardware investment with seamless, one-click GPU rendering, and optimized material, lighting, and output capabilities to take full advantage of your hardware configuration, be it desktop or mobile. When you look at the numbers, the results speak for themself with KeyShot 10 on a Lenovo P620 with an NVIDIA RTX A6000 performing 101x faster than the CPU baseline1. 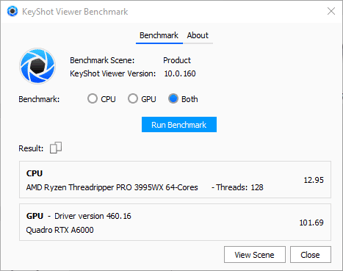 From the scientifically accurate drag-and drop materials, advanced material editing capability, and RealCloth™ to the innovative HDRI lighting, studio configuration, and complete light management, KeyShot has advanced visualization. Add one-click VR capability from KeyShot to KeyVR, and any idea is just a touch away.

With this combination, you and your team will experience incredible application performance, rich, expansive virtual workspaces, and proven reliability needed to create revolutionary products. It’s about working better, smarter, and faster than ever before with the next generation of visual computing.

Together, the ThinkStation P620 and ThinkPad P15 mobile workstations combined with NVIDIA RTX graphics and KeyShot provide unprecedented rendering power, performance, and capability wherever work takes you. Best of all, there's a configuration that's perfect for what you do.